Taking the good with the bad. 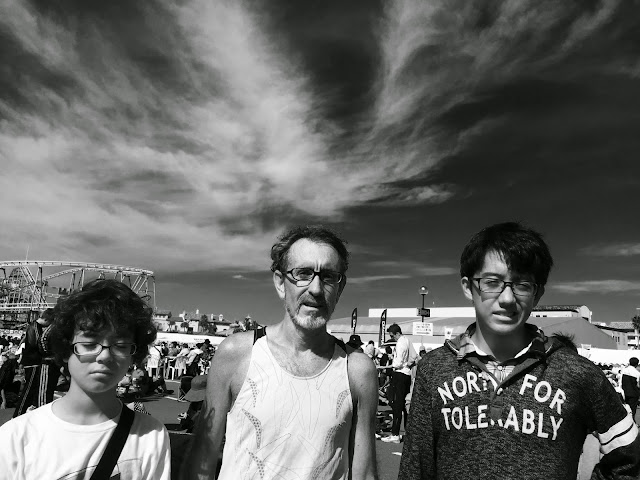 Been checking about side-stitches and how they may be caused. Below is taken from an internet article:

"This was demonstrated in a 2004 study which used 40 athletes with a history of side stitches during exercise. On separate occasions, each subject was given a controlled amount of weakly-flavored water, a sports drink, fruit juice, or no fluids at all. After ingesting the fluid, the subjects completed a treadmill run and reported any abdominal pain. The fruit juice, with its high concentration of sugar, was much more likely to cause a side stitch than any of the other conditions. And the sports drink, which had a medium concentration of sugar, appeared to cause more severe side stitches than no fluids at all (though less so than the fruit juice), though this finding just escaped statistical significance."

At this event they were giving away sports drink in cups and I had four of them before my race and as well I downed an "apple" syrup gel that came in my complementary pack 20 mins before the race. I've never done either of these things before racing before, but I forgot the old rule of never doing something you don't usually do before your races. Stupid I know but I keep forgetting that I'm also subject to the things other humans are subject to. ;)

Building to a peak!

Why I Run (The philosophy of running).