Actually never got going today. Held back on purpose the first 15K and then tried to pick it up the but all that did was aggravate my right ankle and lower leg problem, the one that's been plaguing me for 6 months, and by the 25th K it was numb in pain and I was done.

Still after walking 3 times for about 5 mins each time I was able to finish. Really nothing to say I could get depressed and throw in the towel or throw the blame on my body and work to fix it. That's what I'll do. Actually think if I didn't run this my leg was on the mend but still obviously too soon to race that distance on it.

Anyway glad not to have DNFed and I'm on to the next one after giving the puppies a rest. Really beat that leg up today.


Before the start it was cloudy, sunny for the start and until about 35K and then a rain storm to the end.
Pretty hot overall but I could have handled the heat if foot held up. 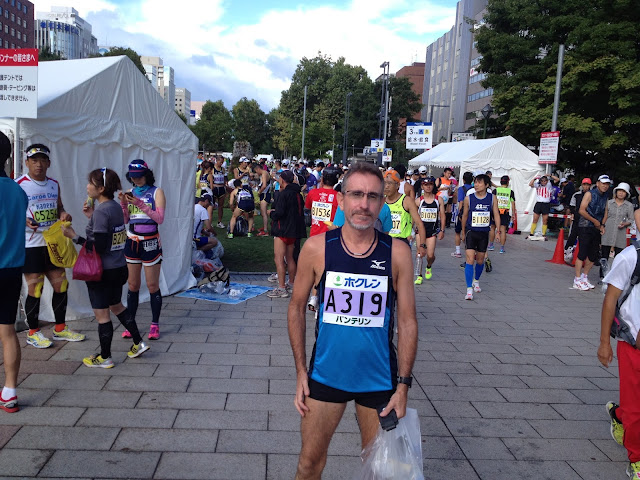 The medal is a beauty modeled on the sculpture in the Sapporo Station. See me below. 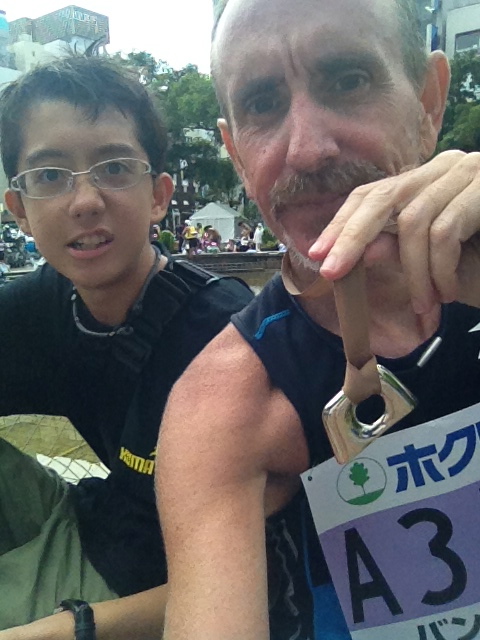 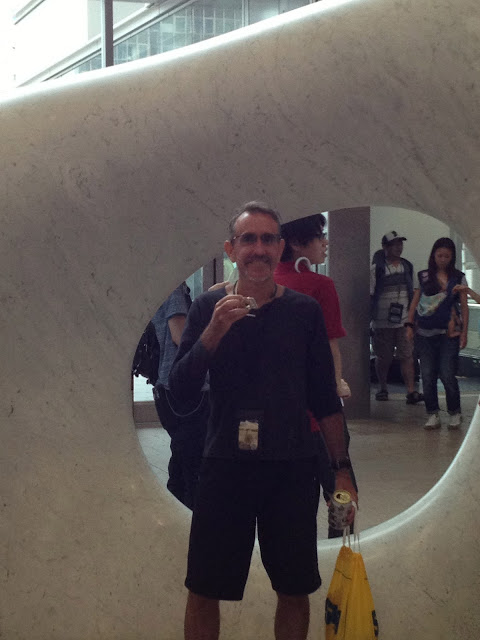 Less than one week to go.