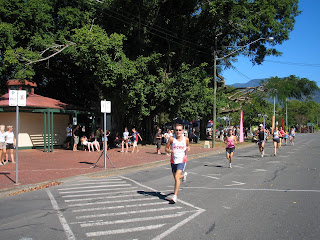 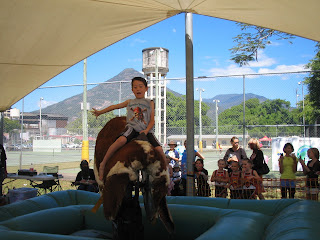 Above, my son Casey riding the bull with "Walsh's Pyramid" in the back ground. Yeeeeha!

Yesterday the 16th was my 44th Birthday and the date of the Great Pyramid Race, maybe you've heard of it? It has been held in Gordonvale near Cairns, my sister's home town, every year for about the last 50. It's a 12km race up "Walsh's Pyramid" a small mountain about 922m, pretty close to vertical, to the top. The total distance for the race is 12kms and it gets about 100 runners a year doing it.

I wanted to to it but seeing as I have never done any trail races and it was only 2 weeks after my full marathon I decided to just do the 5km Road Race part of this running festival. Anyway, I'm seriously thinking of trainning for and running the Pyramid Race next year.

As for the 5k race there were only about 30 people entered and I won $100 bucks coming in first in the male open division. Very happy about that as I have never won any race before. My time wasn't that fast, well not considering the PBs of some of our blogging friends,Punter Matty with 17:26, Steve Lacey with 17:53, Robert Song with 17:13 and Ewen with 17:33, still not too bad coming off a marathon and with no preparation, the course wasn't a straight road course it went down and up a reasonably high grass hill, twice, and over a small creek with about 2k on dirt tracks. So My 19:10 wasn't too bad.

After the race we had a BBQ and watched the fireworks there drinking beer and wine until early the next day. You guys really have a good lifestyle here. I think I'd move back but only if I didn't have to work ;)
Posted by Samurai Running at 8/17/2008 07:11:00 AM 5 comments: 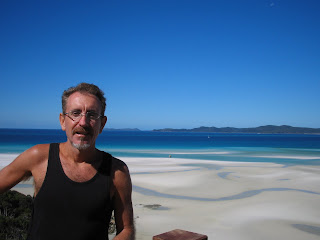 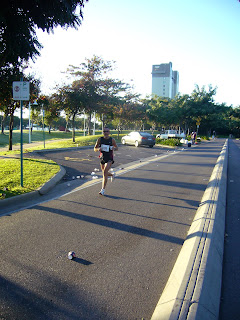 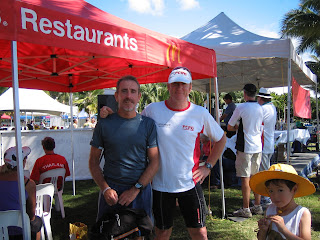 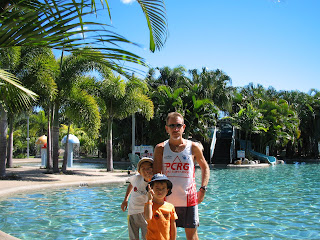 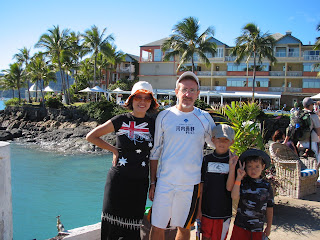 Thanks for your comments in my comments. We are now here in Arlie Beach staying for about ten days before heading back to Cairns on Weds. Having a great family holiday and still have about 3 weeks of it left ;)

I have only run once since last Sunday and that was 5 mins to the shops to buy some beer. I really feel like I could run now but going to curb my enthusiasm so as I can recover fully and come Sept start it all over again with a sub 3 marathon in mind.

After the 3:05 in Townsville I really feel I can do it now as it wasn't a struggle to do that time and I'm keener than ever to train hard and improve on my times. In fact it is kind of scary I haven't been able to think of much else since the race. I don't realy want to be so single minded about running but not much I can do about it now I'm hooked! Anyway I'll do my best to deaden this feeling with beer but I can't promise anything.

I will catch up with what you are all doing when I get back to my sisters place and a home computer and post some photos of the run and this holiday, got a good one of me and Pat Carroll but until then thanks again for your support and all the best for your training and races.

The Noosa half may not be a good idea it's a little too soon to run and I'm fast running out of money (What the hell happened to this country it is now more expensive than Japan and the AUD is stronger than the Yen). Anyway I brought some T-shirts to give to Tesso and Rob the Runner when I went to Noosa but can't now so if you guys can send me an email with your home address I will send them by post. abenoki@gmail.com